About Us
|
Our History
|
Our Team
|
Testimonials
|
Contact Us 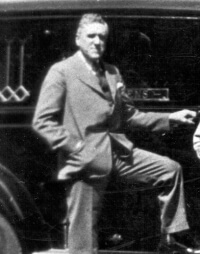 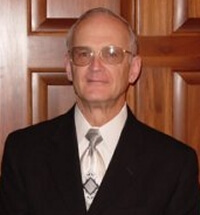 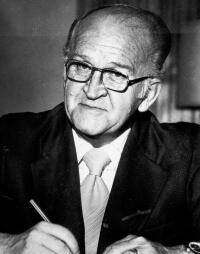 Now celebrating over 100 years of service.

In 1908, Mr. W.E. Lukens purchased the funeral supplies and equipment owned by Mr. Billy Carl, one of London's first "undertakers." Mr. Lukens founded his funeral home under the principles of providing the best service he could to the families he served. The funeral home was founded at the site presently occupied by the Huntington National Bank in London.

Some time later, Mr. Lukens moved his new funeral home to a site further south on Main St. in London, and hired a new employee, Mr. Chester R. Geer. Mr. Lukens and Mr. Geer continued to serve the Madison County area from that location until 1945 when they moved to the present location on North Main St. to accommodate their growing business.

Now known as the Lukens-Geer Funeral Home, the firm underwent an expansion in 1950. After Mr. Lukens' death, the name was changed to Chester R. Geer Funeral Home and Mr. Geer continued to offer funeral and ambulance service to the community and laid the foundation for what has become the leading funeral home in the London community.

In 1976, Mr. Geer went into a partnership with Charles W. (Bill) Eberle to form the Geer-Eberle Funeral Home. Mr. Geer and Mr. Eberle enjoyed a fine relationship until Mr. Geer's untimely death in 1981. Since that time, Mr. Eberle has striven to maintain the high standards set by the two men before him. Although ambulance service has been curtailed for many years, the dedication to the area continues to improve over time with the addition of such things as monument sales, cremation services, and pre-need funerals. Presently known as the Eberle- Fisher Funeral Home and Crematory, even cremation for pets can be arranged.

Now celebrating over 100 years of continuing service to Madison County, the Eberle- Fisher Funeral Home and Crematory looks forward to the challenges of the future by providing the same, devoted, personal service of the past.

About Us
Our History
Our Team
Testimonials
Contact Us

Plan Ahead
Pre-Arrangements Form
The Talk of a Lifetime

A year of daily grief support

Our support in your time of need does not end after the funeral services.  Enter your email below to receive a grief support message from us each day for a year.  You can unsubscribe at any time.